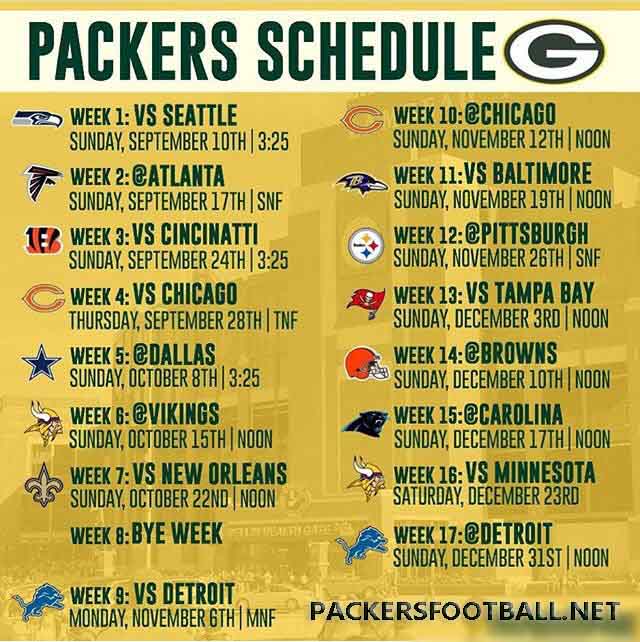 The Packers will open the season Sept. 10 against the Seattle Seahawks at Lambeau Field in Green Bay, Wisconsin.

The Packers will have their bye week Oct. 29 between the at New Orleans Saints (Oct. 22) and Detroit Lions (Nov. 6) games. They will close out the regular season at the Detroit Lions on Dec. 31.

Game times/dates for Weeks 5-17 games are subject to change.

The Super Bowl will be played at U.S. Bank Stadium in Minneapolis, Minnesota.