Who will be the NFL’s next highest-paid player?

It’s almost a foregone conclusion these days that any quality signal caller who gets a contract extension will become the league’s highest-paid player. That happened with Matthew Stafford on Monday, but the state of the current quarterback market means he won’t be the top-paid player for long. 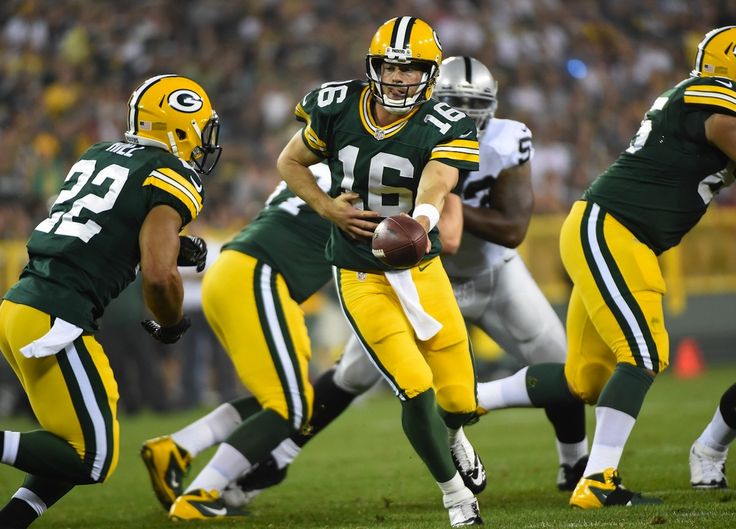 The record-setting contract Stafford will sign resets the quarterback market and changes the game for players who have extensions or free agency on the horizon.

The value of a capable signal caller means that even someone like Sam Bradford could be the league’s highest-paid player, at least for a little while. Nobody would say Sam Bradford is a top-tier quarterback. But his contract is up with the Vikings next year, and there should be competition for his services. Bradford’s

Kirk Cousins could be next

Kirk Cousins isn’t on the level of a Tom Brady or Aaron Rodgers, but he threw for almost 5,000 yards last season and had 25 touchdowns against 12 interceptions. Cousins is likely to be the next signal caller to reset the quarterback market.

Cousins is in the second season of playing under the franchise tag for the Washington NFL team, and he’s making over $23 million this year. Barring any significant regression, he’ll hit free agency as the top quarterback option on the market.

He has been linked to the San Francisco 49ers and his former offensive coordinator, Kyle Shanahan, who coaxed an MVP-level performance out of Matt Ryan as the Falcons’ offensive coordinator in 2016. The Niners should have a good amount of cap space to work with next season and can just back a Brinks truck up for Cousins if a bidding war ensues, and it probably will.

Matt Ryan’s MVP season may lead to a huge payday

Ryan is only signed through 2018, and there have been discussions about an extension. Ryan is averaging $20.75 million per year on his current deal. When he signed it, he didn’t become the league’s highest-paid player. But when the Falcons do extend last year’s league MVP, he probably will.

Ryan has been consistently good over his career, but he took his game to a new level last season as he led the NFL’s top-scoring offense to a Super Bowl. The Falcons are currently backed up against the cap, with Spotrac projecting them $6 million over before factoring in any increase for next season. Extending Ryan could free up some space short-term and would be a win for Ryan and the team.

Aaron Rodgers deserves to be the highest-paid player

Rodgers is one of the league’s best. He’s the primary reason the Packers were able to play their way out of a 4-6 start to a 10-6 finish last year. He’s been named league MVP twice in his career, and is usually in the conversation for the honor every season. Aaron Rodgers is the Packers offense, and as long as they have him on the field, they’re in contention.

Rodgers is under contract through 2019, and he’s averaging $22 million per year. He’ll be 36 when his current deal is up, but he hasn’t missed a game since 2013 and he threw for 40 touchdowns next season. He’s still in his prime, and he’ll be worth every penny when Green Bay does extend him.

Will the Patriots even extend Tom Brady?

Tom Brady wants to play until he’s 45 years old, but his contract is up in 2019. Brady and the Patriots have reportedly been discussing an extension. If they work something out, Brady may forego the chance to be the league’s highest-paid player, structuring his contract in a more team-friendly way as he’s done in the past.

He’s won five Super Bowls, and even at age 40, has shown no signs of slowing down. Last year he might have won league MVP for the third time if he hadn’t served a four-game suspension to start the season because of Deflategate. Brady finished with 3,554 yards, 28 touchdowns, and just two interceptions over 12 games. Brady, perhaps more than any other quarterback, deserves to be the top-paid player in the NFL.